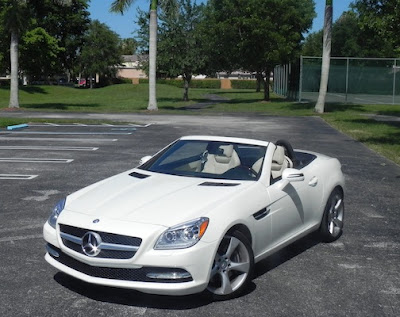 IS THE A/C BLOWING YOU AWAY?


I mentioned in a recent blog that my future car reviews, such as the one I have done on the Mercedes-Benz SLK350 above, would be on another site.

So you’ll find my full comments on the SLK, which has become a more powerful player in the segment, at www.examiner.com/review/mercedes-benz-ups-the-power-ante-2012-slk-lineup-1.

There’s a lot of other stuff on the website as well, just to let you know.

But I wanted to add something here because it doesn’t apply just to the SLK.

I have noticed for quite some time now that when you go to set the fan on your auto’s A/C (assuming you have a recent model), that although there seem to be four or five settings for fan speed, you either wind up with is a stream of cold air that that will chill a bottle of white wine in about five seconds or barely any perceptible air movement at all.

There doesn’t seem to be anything in between these days.

I was told the other day by a manufacturer’s rep that the reason for this is that the A/C (or, to be fancy, climate control system) blower settings are now controlled electronically instead of by elves yanking on pulleys.

Apparently, this works fine when you set your A/C on automatic and set a specific temperature, but I like to set my blower speed manually.

And all I get is blizzard or calm from the vents.

Not an earthshaking issue, but something I thought I’d mention it.
Posted by Paul Borden at 3:56 PM