NOT JIM CARREY, BUT A REAL-LIFE CABLE TV ADVENTURE

Though it is 20 years old this year, you probably remember the movie “The Cable Guy” which stared Jim Carrey as a rather disturbed cable TV installer who is more stalker than technician with Matthew Broderick as his target.

After the last few days of dealing with a cable company that shall remain anonymous (hint: it rhymes with bombast) and particularly this afternoon, I can identify with one of the characters. Unfortunately, it is Matthew Broderick.

It all started some time back when I noticed that my downstairs TV receiver wasn’t responding to commands like it should. I would punch a button to delete a recorded program I had just watched or change a channel and nothing would happen.

I’d try to scroll the directory and it would freeze up, so I’d hit the button five or six times and all of a sudden it would scroll rapid fire past where I wanted. So I’d have to back it up to find my selection.

I thought maybe the remote just needed new batteries, but after changing them, it still didn’t work right. Plus now I was out a couple of batteries that probably were still good.

My wife one day mentioned that people she was talking to on the phone would complain that our phone was cutting out and they hadn’t heard her for the last couple of minutes. (Insert your own joke here.) The two services are from the same company (under a program run by the company that has the same name as a luxury car put out by Nissan, but with different spelling) so I went to the company’s website to get on a chat line to find out what was going on.

The tech on the chat line had me to unplug the phone and plug it back it to see if it worked. It did, of course, but I reminded him that wasn’t the problem. I always could make or receive calls. The line just would go dead from time to time.

That was about all that person could do, so he said he would send out a repairman to check it out. He have me a two-hour window for the next day, and what do you know but the repairman showed up right on time! Amazing.

It turned out he couldn’t fix my problem, however. The problem was in the box outside my house, and he was an inside guy only. Who knew there were such specialists?

He said he would arrange to have a crew come out and work on it, and we wouldn’t even have to be home at the time since they didn’t have to come inside the house.

But he wanted to come back to re-arrange some wiring in my home to make it easier to work on if he had to come back again some day, and so he set up an appointment for 10-noon Friday. It would be him or another guy. Friday came and 12 o’clock passed and nobody showed up. I happened to see a cable truck outside, but the guy was there to work on the box for the neighborhood, not mine. He said he didn’t see an appointment for me, so I went back home and called the company. They said my appointment was for 1-3 Monday. Didn’t matter that they had called me Thursday to confirm my Friday appointment.

No big deal, though. I’d just leave the furniture where I had moved it so he could get to the wall outlets.

Today is Monday, and when the “inside guy” had not come back by 3 p.m., even though the appointment had been confirmed by phone the day before, I went back to the company’s website to see what happened. I was like No. 193 in line for the “chat” but waited it out only to learn that now my appointment was for 8-10 a.m. Tuesday. Or that’s what the agent, whose name on the “chat” screen was Ashutosh (probably from California), told me.

Then I decided to check my account while I was online and found that my upcoming bill was nearly $100 higher than last month’s. Whoa. Ashutosh said that was because my special promotion rate had run out, but no fear. Ashutosh had an offer for me.

Ashutosh could give me the same channel lineup for $165.95, but with other fees added, it was up to nearly 200. And that didn’t include taxes and some other fees, which took the total well over $220. When I said it really wasn’t good enough, Ashutosh said to call the company and they might have something better.

I called, and after punching numerous buttons to get a real live voice on the phone, I reached someone whose name I didn’t understand. Her offer was slightly higher than Ashutosh’s, but she said maybe Ashutosh was figuring the total differently.

I said I wanted to think about it and hung up. 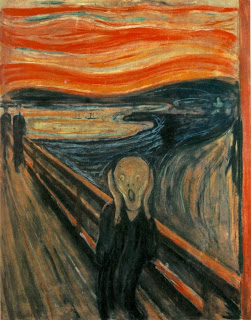 That wasn’t quite right. What I wanted to do was check out to see what AT&T had available. The prices there seemed  better, but further checking showed that I wouldn’t get some of the channels that are my mainstays unless I got a lineup that would cost nearly the same as what I was paying, er, Bombast.

So I called my original company back and went through push-button hell again before I got a real live person on the line. This time Ghe (probably another Californian, right?) gave me a offer that will raise my monthly payment but by only about half of what it was going to be increased. Weakened by nearly two hours of “chatting” and punching my way through phone mazes, I relented and accepted.

I wonder what Matthew Broderick would have done.