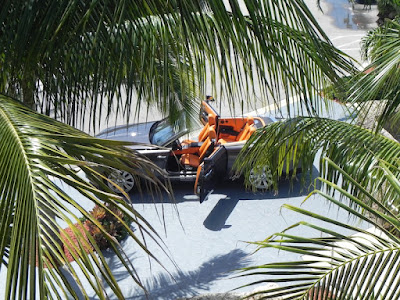 Every month the Southern Automotive Media Association — an organization of automotive journalists based in Miami but with members from all over the country — has  a luncheon that’s usually sponsored by an automotive manufacturer who wants to give us a peek at its latest product.

This month’s event at the Rusty Pelican Restaurant across Biscayne Bay from Miami’s Brickell area was rather special in that the vehicle was the new Rolls-Royce Dawn Drophead Coupe (a fancy term for convertible) and Gerry Spahn, the company’s communications director, saw to it that those in attendance also got the opportunity for short jaunts in the beautiful new car.

The chance to get behind the wheel of a $345,000-plus vehicle doesn’t come along very often, even for auto reviewers who have been in the business longer than I have, which is only 15 years now. Unfortunately, I had to leave before getting behind the wheel, but just a look at this car is enough to take your breath away.

Spahn kind of summed it up when he said that Rolls-Royce is “not a car, it’s a luxury item.”

There’s no doubt it holds a special place in automotive hierarchy. 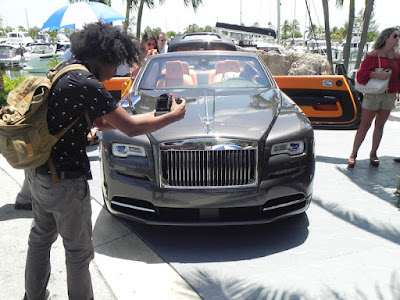 One of the few automotive companies that has reached the century mark in longevity with the same logo and same name, Rolls-Royce has undergone a revitalization since BMW purchased the company in 1998.

But BMW Group started a rebuilding process that started with the a new Phantom, which, as Spahn noted, was the most expensive, most exclusive motor car there is in the world. That kind of perplexed Spahn, who was with another company at the time.

“How can you start there and then try and grow your business?” he said.

But if he didn’t understand it then, he does now.

“When I look back on it, it makes perfect sense.”

That strategy re-affirmed the company’s status as a luxury item.

And volume started to grow, though that was a result of the approach, not the ultimate goal. 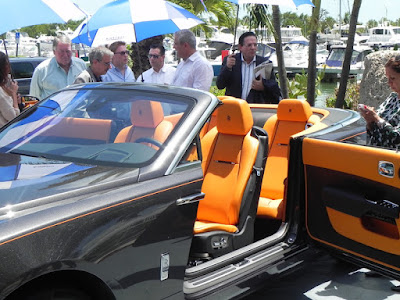 “The key to learning is never chase that volume,” he said. “The easiest way to chase volume is with a cheaper car, is to commoditize your product. So we don’t chase that volume. We let the volume comes to us, and we build the products that make our overall volume grow. Volume is not our objective. It is the byproduct of building beautiful, beautiful motor cars.

“I think that is something I cannot express enough.”

Now Dawn is a new start for Rolls-Royce (An aside here: How many headline writers do you think are going to refer to this convertible as the “dawn of a new era” for Rolls-Royce? Yeah, me too. Few will resist.) The company has seen more new owners come into the brand in recent years with “80 percent of the new owners first-generation wealth,” Spahn said.

Alas. I am not part of that 80 percent. But maybe you are. If you want to check out Spahn’s presentation, it’s on Youtube at https://youtu.be/34xQXzsEPg4 and takes just over 10 minutes to view.