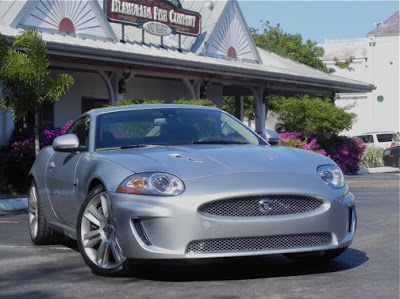 “Of all the luxury models on the market today, probably the most distinctive are those put out by Jaguar. You may have to take a closer look to distinguish some of its luxury competitors, but not this revered English marque which is now under the control of the Indian company, Tata Motors.”

I wrote those words a couple of years ago in a mini-review I did for Miami Monthly Magazine. 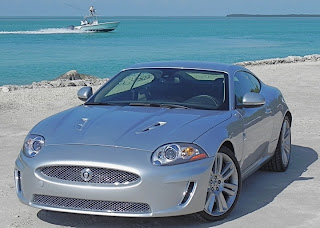 Nothing has changed my mind since.

It is still with much anticipation that I await the arrival of any model Jaguar in my driveway when I am told one is coming, and I have never been disappointed.

So far, any and every Jaguar model that has shown up has been breathtaking just sitting in the driveway, even more so when I take it out the road.

Recently, I had the opportunity to drive the XKR coupe for a week around town and managed a quick jaunt to the Keys for lunch. (One of the perks of living where I do in the southern part of Dade County is being only 40 minutes or so away from Key Largo. Of course, you don’t want to stop there. Key Largo has become what I consider “beach-town junky”, though there are no beaches save the bits of sand behind motels. But Islamorada is just beyond and things tend to get better.) 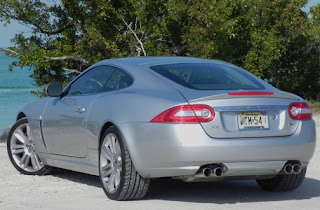 The only thing that might have made it better would have been if it had been the convertible that had been delivered instead of the coupe, but my wife isn’t a big fan of hitting the turnpike topless (speaking of the car, of course) any way, so it was just as well to be in the coupe.

The XKR is a supercharged version of the standard XK coupe, boosting horsepower for the 5.0-liter, V8 power plant to 510 from the normally aspirated version’s 385. The boost in torque is similar, to 461 from 380. What all that does is knock a little over a half-a-second from the zero-to-60 mph to a quick 4.6 seconds while knocking about one-mile-per-gallon off the EPA fuel mileage figures to 15 mpg city, 22 highway, 17 combined.

That power gets to the rear wheels via a six-speed automatic transmission with manual shift mode. At engine startup (push-button, of course), a dial pops up on the console for you to select fully automatic or the sport mode, which provides for sequential shifting via the steering wheel-mounted paddles. 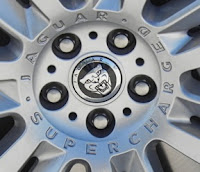 One of the problems in driving in South Florida, however, is the lack of really good roads for you to make full use of the manual shifting. Aside from an on-ramp or two where are no hills, and the curves are pretty much all right angles.

But that doesn’t make the XKR itself any less fun to drive. It’s that way for every make and model.

The XKR provides a nice, comfortable ride, at least for the front-seat passengers. There’s not a whole lot of room in the back, and getting back there itself can be a bit of a chore. With the convertible, you can put the top down, and that would make things easier.

I would, however, like to see Jaguar do something about its touchscreen operation for such functions as audio, climate control, phone, and navigation. They are not what you would consider “intuitive”, especially after you get the map onto the screen and you want to go back to a prior mode. The screen itself is on the small side.

But I wouldn’t get an XKR because I wanted to read a map. I want performance, and performance is what the XKR delivers.
Posted by Paul Borden at 2:37 PM