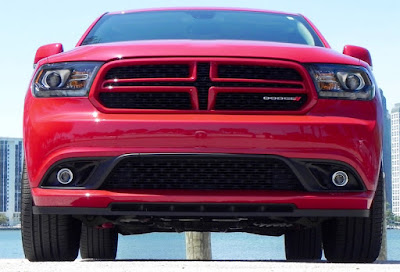 One of the most appealing things about an SUV is its cargo hauling capability.

You’ll find it listed among the top 10 attributes potential buyers give as their reason for shopping in the segment. (The website thoughtco.com lists cargo capacity as the No. 8 reason to buy an SUV right behind “dogs love SUVs” and “SUVs are better in a flood” and ahead of “SUVs have a commanding seating position.” 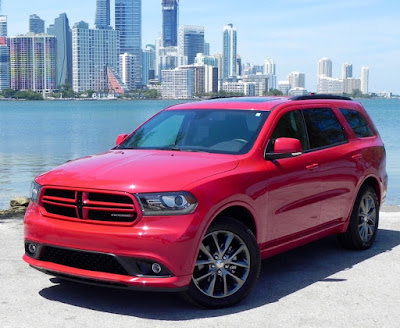 Which is why if you are considering an SUV or one of its crossover cousins you might want to include the Dodge Durango on your list. When it comes to providing passengers with nice room for themselves and their stuff, the Durango is among the best in its class. Even those riders relegated to third-row seats get decent space.

Launched 20 years ago as a midsize SUV built on the Dodge Dakota platform, the Durango grew a bit as it moved into its second generation as a 2003 model and after taking a year off from production, the 2011 model added a third row of seats in moving the Durango into its third generation. 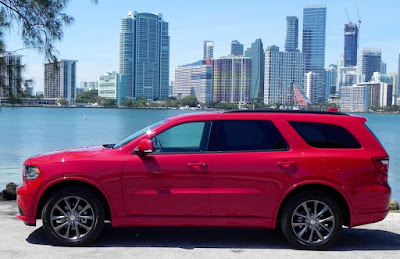 The Durango was updated for 2014 and for 2017 a new trim level dubbed the GT is being introduced to replace the Limited model in the Durango lineup to go with the base SXT, SXT-Plus, Citadel, and R/T trims.

Late this year, the company also will have in showrooms an SRT version as a 2018 model packing a 6.4-liter HEMI V8 that pumps up performance to 475 horsepower and 470 pound-feet of torque. The company says it will have a towing capacity of 8,600 pounds and a zero-to-60 time of under 4.5 seconds, which is borders on the unbelievable in a vehicle that offers three rows of seating. 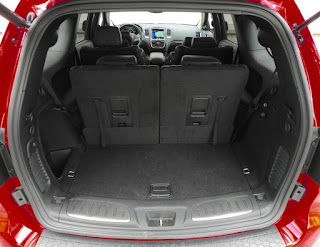 But getting back to what I first was talking about, which was hauling stuff and not hauling you-know-what, the Durango provides passengers with good room in all three rows (38.6 inches of legroom for the second row, 31.5 inches for the third). With optional captains’ chairs ($995) in the second row instead of the usual 60/40 split bench seat, third-row occupants also pick up a little more knee room from the open space in the middle. It just seems less cramped. 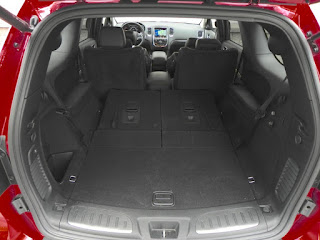 And it doesn’t skimp on cargo space. With the two third-row seats in place, capacity in the far back is 17.2 cubic feet, good to handle a standard grocery run. Fold them flat and that opens up to 47.7 cubic feet. Maximum cargo space with the second row folded is 84.5 cubic feet, which is surpassed by only the biggest full-size SUVs on the market today. 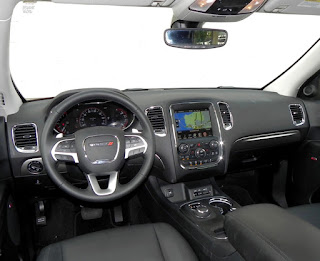 Encompassing all that space is an interior that I would describe as “spartan sophisticated” that complements a bold, in-your-face exterior. By that I mean a cabin that doesn’t hit the level of luxury but with leather trimmed bucket seats (either Capri leather or Nappa leather is standard on all but the SXT trim, which gets mesh cloth), a leather-wrapped steering wheel that is pleasant to the touch, rear-park assist and backup camera and a version of the company’s UConnect telematics, including one that features navigation (again standard on the upper trims), the Durango is pleasing to the eye if not luxurious.

Such options as a Customer Preferred Package that included Beats premium audio, navigation, and power sunroof and power rear lift gate plus a rear entertainment center, trailer tow group, safety features like blind spot and cross path detection, and a power tilt-and-telescoping steer wheel nicely topped off the features of the Durango GT that served me for a week. 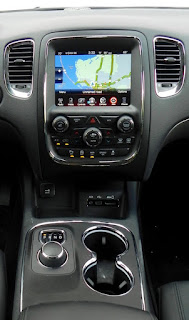 An 8-speed automatic transmission with steering wheel-mounted paddle shifters for manual gear selection is standard on all trims, and all trim lines are available with all-wheel drive in addition to the standard rear-wheel configuration. Towing capacity is 6,200 pounds for V6 models with either RWD or AWD, 7,400 for RWD V8s and 7,200 for AWD V8s. 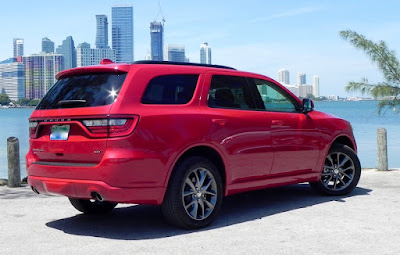 The low end is a bargain but, of course, lacks many of the features that give the Durango some advantages over its competitors. The high end is just that — high end.

What I liked about the 2017 Dodge Durango GT: It doesn’t have the feel of a vehicle of its size when it comes to handling, and the ride is comfortable and quiet. The real plus is the simplicity of operation of infotainment systems like audio and navigation. Very, very intuitive. Also, you can turn off the annoying start-stop system that shuts down the engine when you come to a complete stop.

What I didn’t like about the 2017 Dodge Durango GT: The center console is on the small side, especially for an SUV, and doesn’t offer as much in the way of stowage as the optional second-row console ($300) that rests between the two captain’s chairs.

Would I buy the 2017 Dodge Durango GT: I don’t have the need personally for a three-row SUV, but yes, I would at least take a look if I were shopping in the segment.