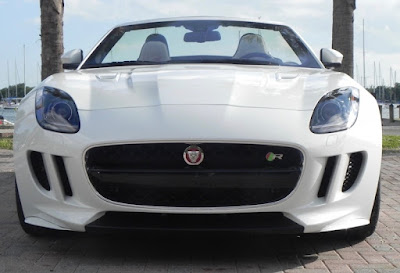 If you follow this blog on even a casual basis (and, of course, you do!), you no doubt are aware of my fondness for convertibles and also that my favorite car of the moment is the Jaguar F-Type.

For more details on that, you can read my recent review of the F-Type Coupe posted just a couple of weeks ago.

So you can imagine how I feel about the convertible version.

Just a week after driving the 2017 Jaguar F-Type SVR Coupe, I was given the opportunity to get behind the wheel of a 2017 Jaguar F-Type R Convertible. (Not that it means anything, but this is the opposite way the F-Type was introduced with the convertible hitting the market as a 2014 model and the coupe following for 2015.)

Yes, this is a tough job, but somebody has to do it. 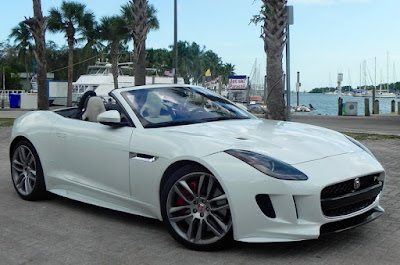 The R is one of two F-Type trims (the new SVR being the other) that get a 5.0-liter supercharged V8 engine instead of the supercharged V6 found in the base, Premium and F-Type S models. It delivers 550 horsepower and 502 pound-feet of torque, which is a good bit more than even the V6 in the F-Type S, which checks in at 380 hp and 339 lb.-ft. of torque, but not quite what the SVR version delivers. The SVR tops out at 575 hp and 516 lb.-ft.

I’m thinking that 550/502 is going to be adequate for most tastes. Edmunds.com clocked the F-Type R’s zero-to-60 time at 3.5 seconds. Do you really need to go quicker? 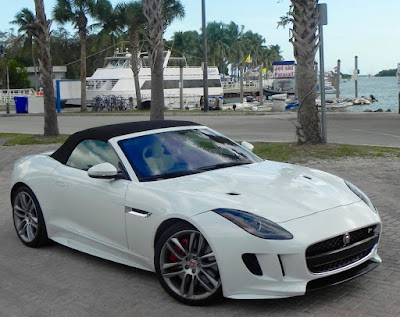 The V8 is mated to an eight-speed automatic transmission with a sport mode and paddle shifters for manual gear selection and comes in all-wheel-drive configuration only. EPA numbers are 15 miles-per-gallon city, 23 highway, and 18 combined using premium fuel, which are not endearing figures to Sierra Club types.

I’m not going to get into too much into the nitty-gritty of the F-Type R Convertible because much of what I wrote in November about the F-Type SVR Coupe applies to the droptop as well. Infotainment systems all work the same, and standard and optional equipment lists are pretty much identical. 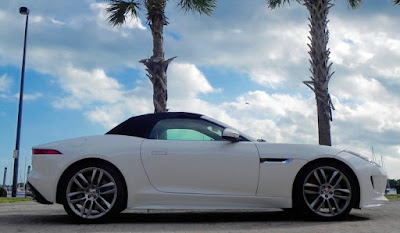 There are two major differences, one being the fabric top on the convertible that lowers and raises with a tug of a switch on the center console. The raising and lowering operation, including raising or lowering the windows, is accomplished in a matter of seconds, giving you enough time to pull off the expressway and get the top back up if you happen to get caught in an unexpected shower.

The other obvious difference is in the luggage space. The coupe offers only 11.0 cubic feet, which is on the tight side but seems generous when compared to the convertible’s 7.0 cubic feet. Not only is that stingy, the way it is configured to accommodate the rear wheel wells cuts down on your packing ability as well. 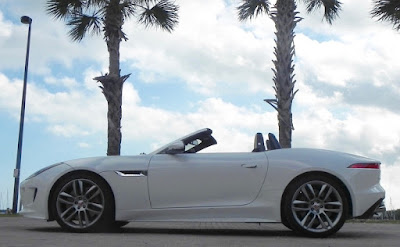 With room for only two and the small trunk, this is not a car built for a family or for long trips with lots of suitcases.

This is a car meant for fun, and we’re not necessarily talking about a skirt-the-edge-of-traffic-laws experience. In addition to the acceleration, the F-Type R delivers much in the way of cornering and sure-footedness, and the notes from the dual-quad exhausts are, well, the word “awesome” comes to mind, especially when Dynamic mode is activated. In addition to the full-throated roar when the gas pedal is pushed, you get rapid-fire crackles the car gears down when you lift your foot from the pedal.

Oh. There is one other big difference.

The F-Type SVR Coupe I had in late November came with an MSRP of $126,945, including the $995 destination and delivery charge, and the SVR Convertible lists for a bit more at $129,775. The F-Type R Convertible, which has many of the same attributes as the SVR, lists at $109,245. Maybe that doesn’t mean much to those who are accustomed to doing their car shopping in the six-figure range, but it seems like a pretty good jump to me. 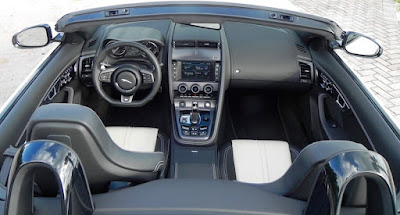 What I liked about the 2017 Jaguar F-Type R Convertible: Performance is a joy for all senses, even touch and hearing, and luxury features like 14-way power adjustable leather seats add to the overall driving experience. I preferred the leather-wrapped steering wheel in the convertible over the suede cover on the coupe’s wheel. The blind-spot monitor is a must what with the restricted view to the rear in the convertible. 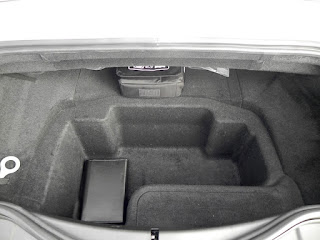 What I didn’t like about the 2017 Jaguar F-Type R Convertible: The trunk is very small and oddly shaped, but at least you don’t lose any space when the top is lowered. There’s not a whole lot to lose! The infotainment system can be fussy to operate.

Would I buy the 2017 Jaguar F-Type R Convertible: Yes. I would go with the R over the new, top-of-the-line SVR model because I don’t think there is a $20,000 difference between the two. 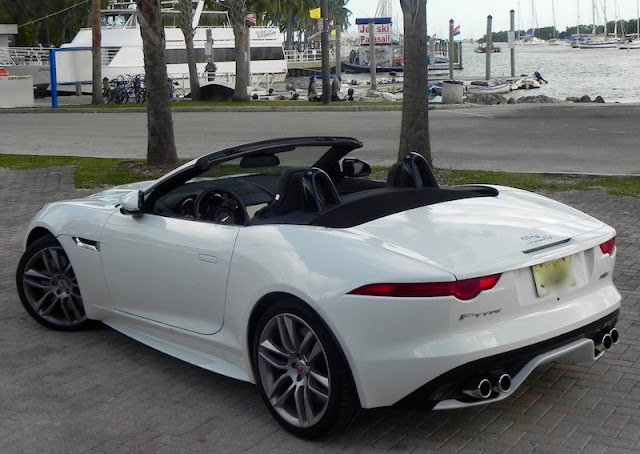