THE PICKING OF NITS AND CAR QUALITY 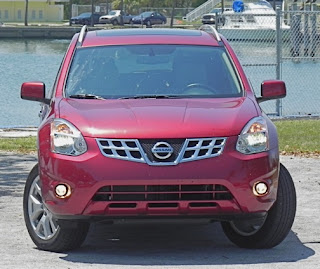 If you like to read about cars and are familiar with bylines, you may recognize the name William Jeanes.
Jeanes has been writing about automotive issues and news since 1972, when his first article appeared in Automotive News, and he has written for Car and Driver and other publications and Internet outlets ever since.
He also was the first editor-in-chief of AMI Auto World, the publication that got me started in the business a decade ago, though I came aboard after he had given up whipping what later proved to be a dead horse.
Not that that has anything to with much.
Jeanes recently wrote a piece that appeared in the autowriters.com website in which he announced that at age 73, he was turning to other pursuits. I won’t get into all of his reasons here -- in the piece he said he liked to writer longer articles than is usually allowed these days, and this piece is evidence of that -- but will mention a couple.
Here is what he wrote that caught my attention:
For years I’ve been convinced that cars have become too good to support meaningful criticism. Hybrids and electrics have provided some diversion, of course, just as they did in the early 1900s, but that does not change my conviction that the industry has improved and refined itself to the point of dullness. I and my peers have been reduced to the undignified picking of nits.
I agree wholeheartedly with his first point about improvement in the industry. I have seen that myself even in the short time I have been writing reviews. You won't find the kind of junk you used to see in some showrooms even as recently as the late 1990s.
Yugo is gone, and so is Daewoo. Hyundai and Kia, once on the verge of going out of business in the U.S., now put out quality and high-end products that often match the best in the business.
Domestic manufacturers, particularly GM and Chrysler, have upgraded the interiors of their models from the cheap plastic-filled cabins they once tried to foist off on the public. (Ford never really had the problem.)
Yes, you can still run across lemons, but overall I most assuredly agree with Jeanes' point about improvement in the industry.
But I do think that reviewers are left with more to do than simply nitpick.
For one thing, one man’s nit may be another’s deal breaker. I think it’s up to reviewers to point out things he likes and/or dislikes about a particular model, not so much to discourage someone from buying it but at least to provide the information that this may be something a car shopper may want to look into before deciding himself.
For instance, the size of a navigation screen display is important to me. Map details should be readily seen, and a screen anything less than seven inches in diameter kind of defeats that purpose -- for me. If a five-inch screen is OK by you, fine. But at least you know about going in.
Take the Nissan Rogue I happened to be driving at the time Jeanes’  blog appeared. 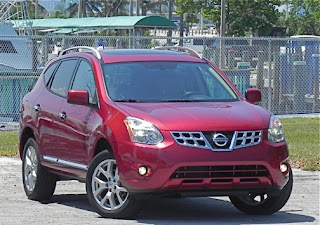 Certainly, it is an example of improvement in the industry, especially in a segment (compact CUV or SUV, depending on how strict you want to be in nomenclature) that has shown marked improvement in particular over the last decade-plus.
The Crossover Utility Vehicle (i.e., an SUV-like vehicle built on a sedan platform instead of having truck underpinnings) once was pretty much a novelty and one that wasn’t too safe at that. Now, however, the CU is a legitimate alternative for someone looking for a vehicle that has more flexible hauling capability than a sedan but also is fun to drive.

Pricing in the segment usually starts in the upper teens and runs into the mid-20s. The Rogue starts at just over $21,000 for “S” trim to just under $24,000 for “SV” and just under $24,500 for the S Krome Edition.
So the Rogue fits comfortably in the segment on those counts. This is not a vehicle someone in construction would want, but it certainly is capable of handling the weekly grocery trip and runs to Home Depot or Lowe’s for the handyman’s needs. 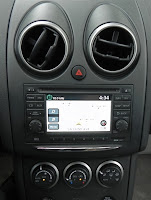 It’s fun to drive, too. Perhaps my opinion was influenced by the fact I had ben driving a Chevy Tahod the week before, which is like handling a battleship to the Rogue’s destroyer, but even with just a 2.5-liter, 4-cylinder engine, the Rogue is a sprightly performer.
In fact, you’d never know you were driving a crossover if there wasn’t that big open space behind the backseat.
So, what nit would I pick?
That 4-banger (rated at 170 horsepower, 175 pound-feet of torque, and 22 mpg city/28 highway with front-wheel drive and 22/26  with all-wheel propulsion) is mated to a continuously variable transmission, and that is the only gearbox offered.

Rather than a tranny with a fixed number of gear ratios, the CVT is constantly adjusting the gear ratios depending on your speed, acceleration, etc. There is no shift from first to second, second to third and on up because there are no first, second, third, fourth, fifth or sixth gears period.
And I miss that.
Every once in a while, I like to stay in say third or fourth gear on a hill or curve or merging on an expressway so I can have the little extra oomph you can get when from the higher revs a lower gear can provide. I like to use the gearbox to get to engine braking as well. 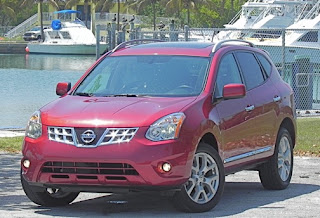 You don’t get that from a CVT. Oh, some models with CVTs have artificial shift points that provide a similar experience, but this one didn’t.
To me, that is a deal breaker with the Rogue, because there are other choices out there in the segment that offer similar assets. But that it is a nit with you (and you’re shopping for a small CUV), the Rogue should be on your list.